The popular Multiples from NARS are now available in a matte version and its about time. I wasn’t a big fan of the original multiples and their heavy shimmer. The sticks were alright for the eyes but not something I would put anywhere on my face. So, the sound of a new Matte version had me intrigued. Not to mention, three of the seven newly released shades held promise as a creamy bronze contour.

The Matte Multiples are a multi-use cream color stick for eyes, lips, and cheeks. I find the new mattes to be more slick and softer than the original. I suggest not to apply directly from the tube, but to rather build the color using fingertips or a brush. They can be used both wet or dry. When using the multiples dry, it is necessary to be careful to blend well to avoid uneven appearance. Bad application could read muddy. When applied with a damp brush the formula applies beautifully with a sheer finish. I must also mention that while the new Mattes are the same price as the original, they are nearly half the size.

Altai is described as a rosy-bronze. It’s a great bronze tone for lighter skin tones and contains a good amount of red-tones to keep it from looking to orange. Altai does remind me a bit of Chanel’s Universal Bronzing Makeup Base in both texture and color. Altai is more brown/red and Chanel is more orange, a plus for NARS. Chanel’s texture blends better.

wearing NARS Matte Multiple in Altai applied to contour of cheeks, sides of forehead and nose

I do recommend the Matte Multiples in the bronze tones for a gorgeous creamy contour. A good cream contour is hard to come by and Altai is a beautiful shade. I don’t think I will be picking up any of the bright shades to use as a blush. I find there are just too many cream blush formulas out there that are perform better. 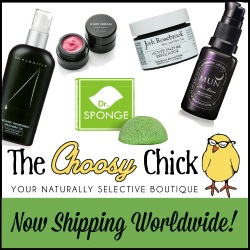